“Only you can save us from a future world without fiber”

KPN briefed us on finding a way to get their door-to-door teams, shops and call centers excited about fiber and make it easier to sell.
They wanted a solution that would help their sales-staff across all channels understand and appreciate fiber, and give it a significant sales-boost.

We developed The Fiber Game.

Players were contacted trough a video broadcast by Professor Smit (portrayed by Peer Mascini), calling from a dysfunctional future Netherlands.

Prof. Smit told them the future had gone terribly wrong, due to a lack of fiber networks in the country. It was up to the players to fix that, and save the country from its future downfall.

By signing more people to fiber, the future of the country – shown as an illustration of the Dam Palace in Amsterdam – changed from barren and desolate, to thriving and utopian.

Each player was given a personal droid, which they could use to complete tasks in the game and challenge each other to duel in battles. 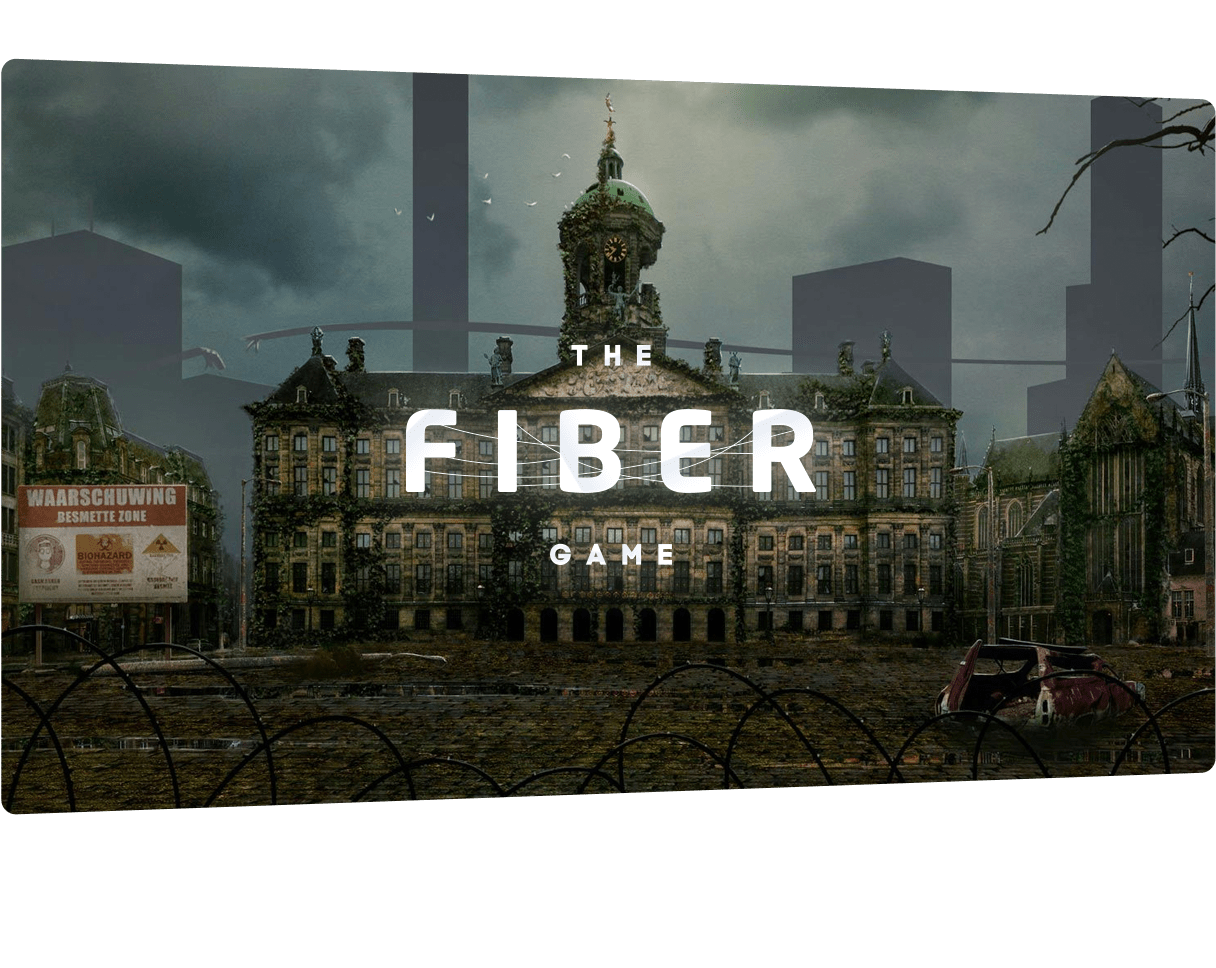 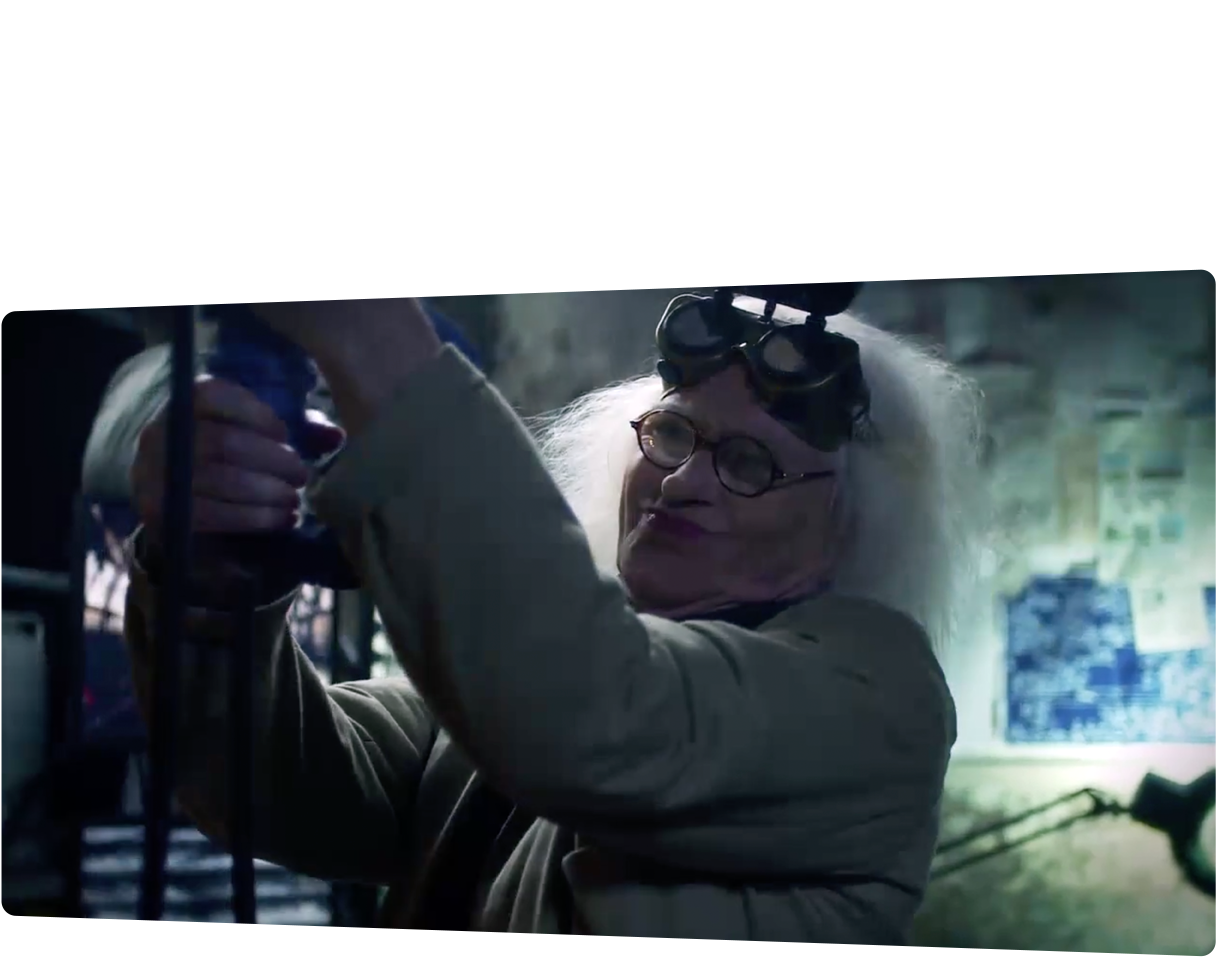 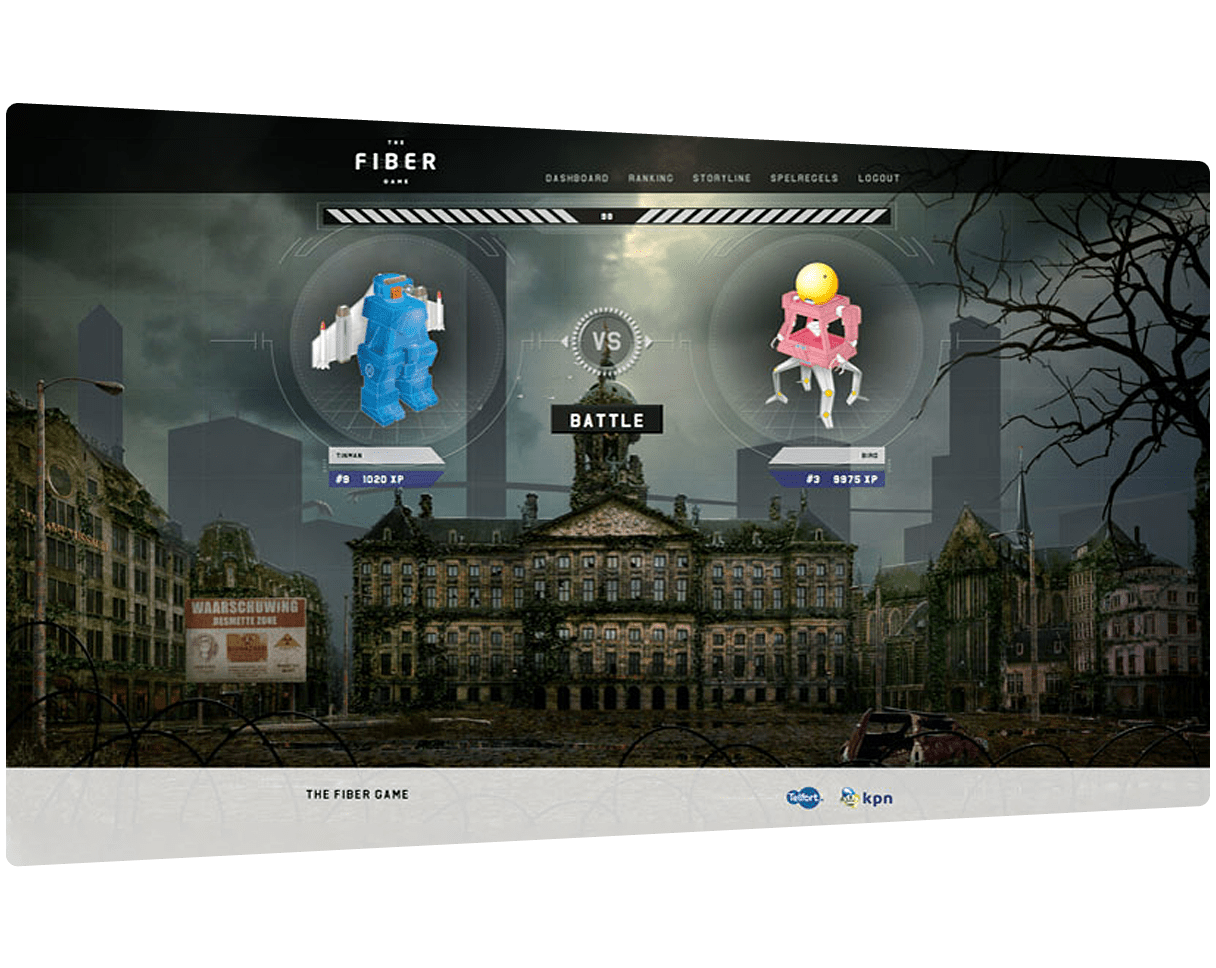 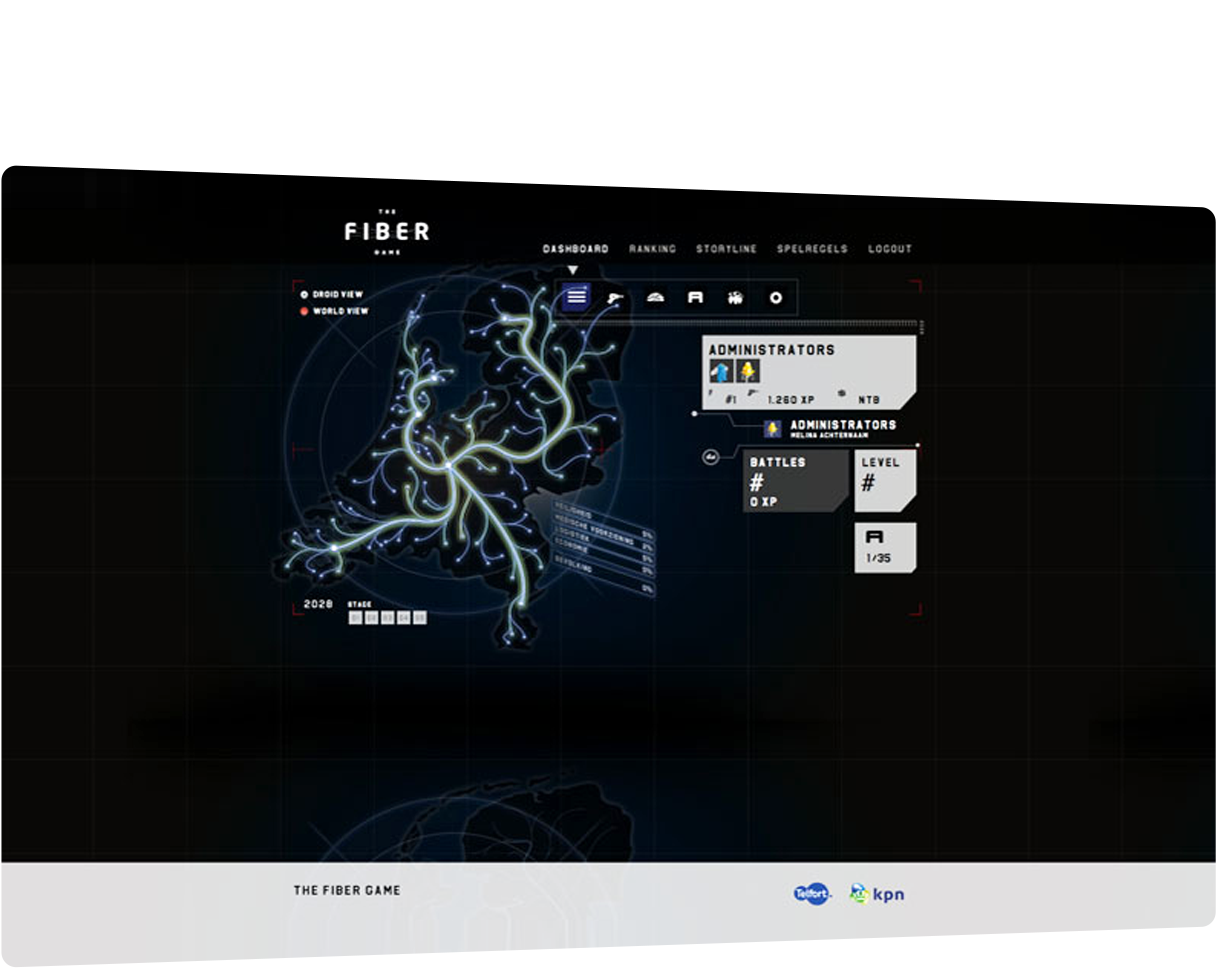 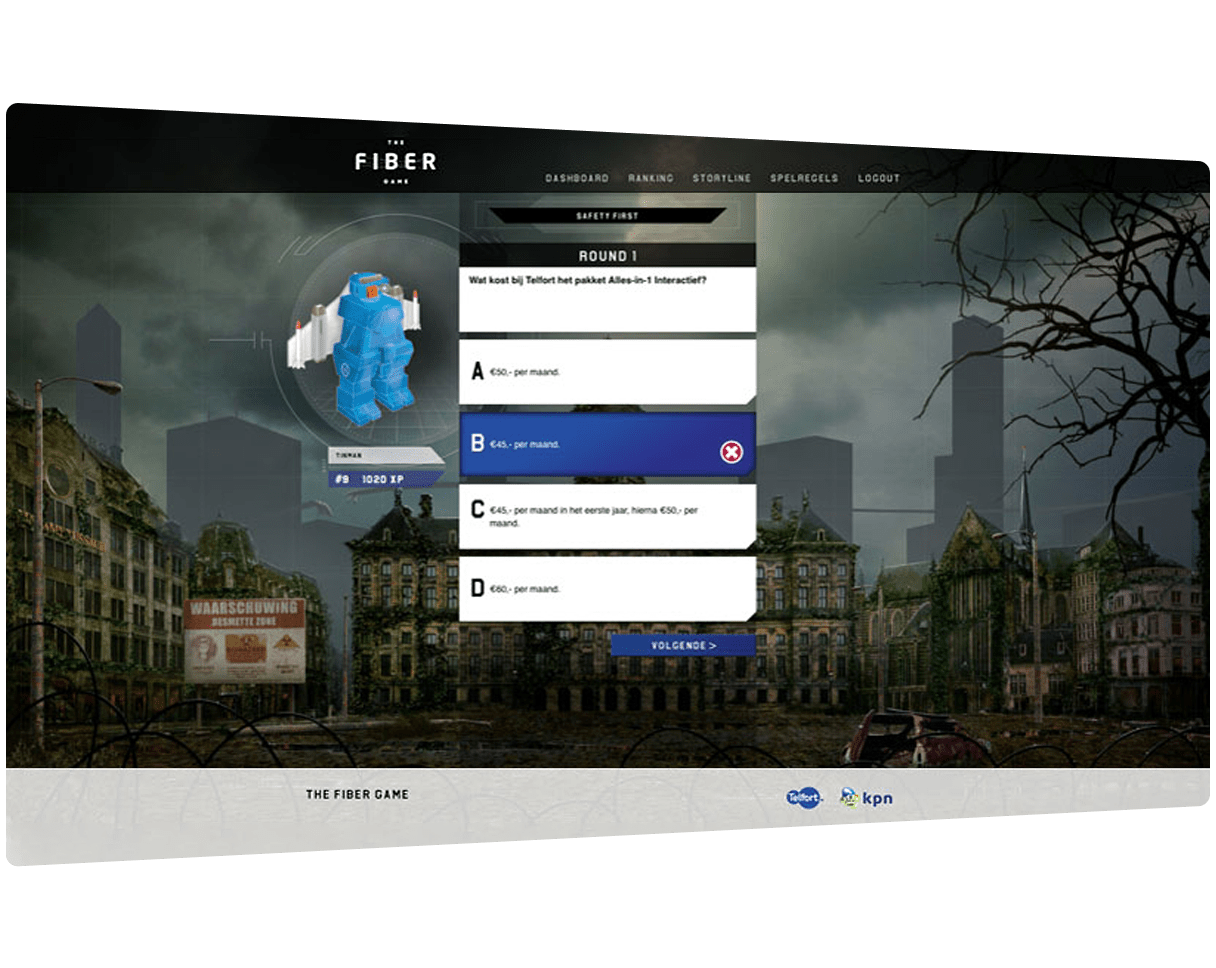