“Jump on your quad and take the lead in the Ultimate Quadplay Game.”

Starting January 1st 2017 Vodafone and Ziggo became VodafoneZiggo. With joined forces they will offer the best converged offer in the Netherlands. We introduced The Ultimate Quad Play Game to help B2C and B2B service and sales employees improve their portfolio knowldge, skills in lead generation and selling both services.

Employees selected a driver and a quad in the Ultimate Quad Play Game. After this first step they competed in teams against each other. By participating in knowledge battles against collegaues from other teams, players would collect as much ‘fuel’ as possible to complete the track. Furthermore they could obtain extra points by generating leads and increasing cross sell. The Ultimate Quad Play consisted of two sprints that subsequently focused on lead generation and cross selling.

Aside from an increase in both sales and leads, a total of 350.000 Fuel Battles were played. 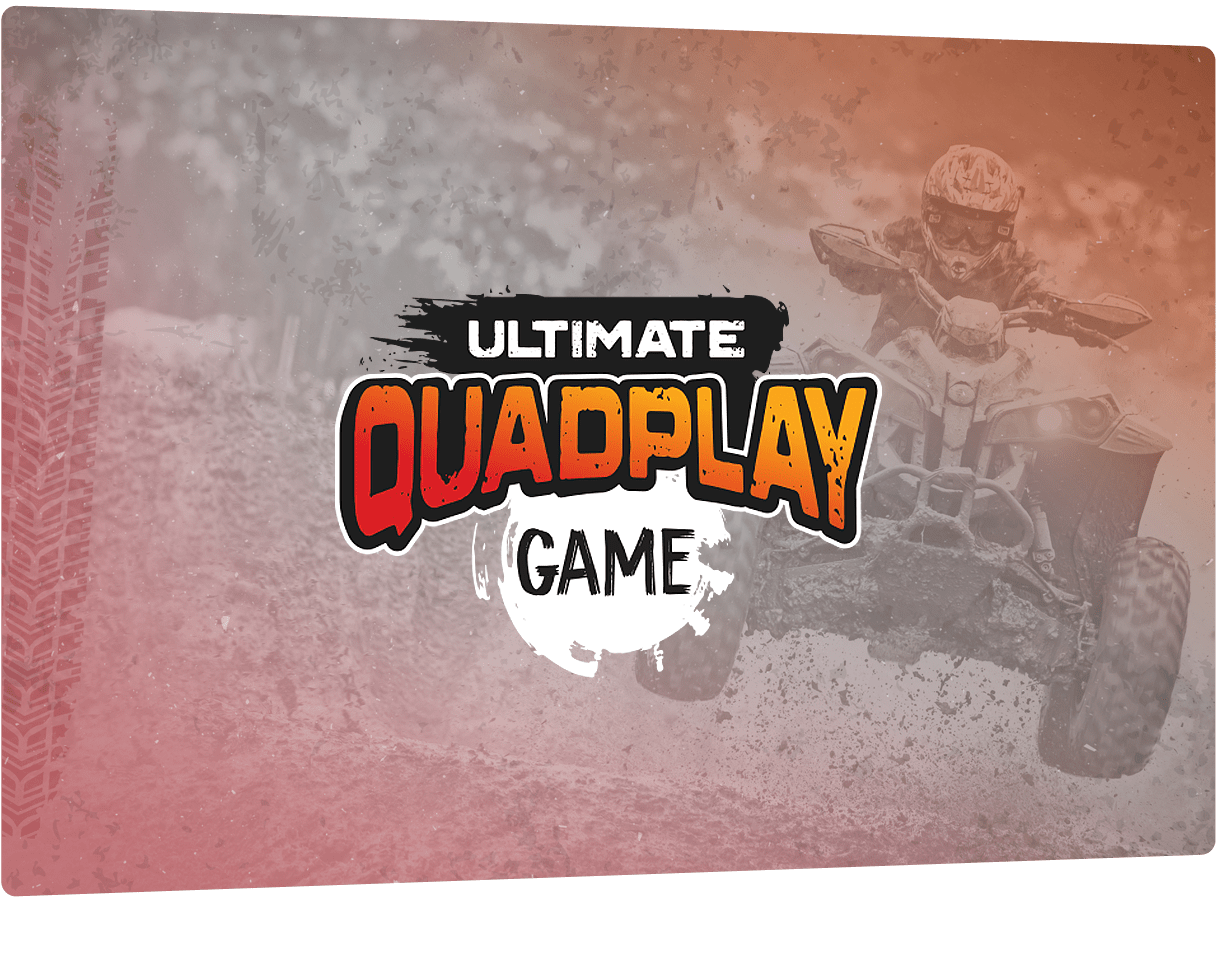 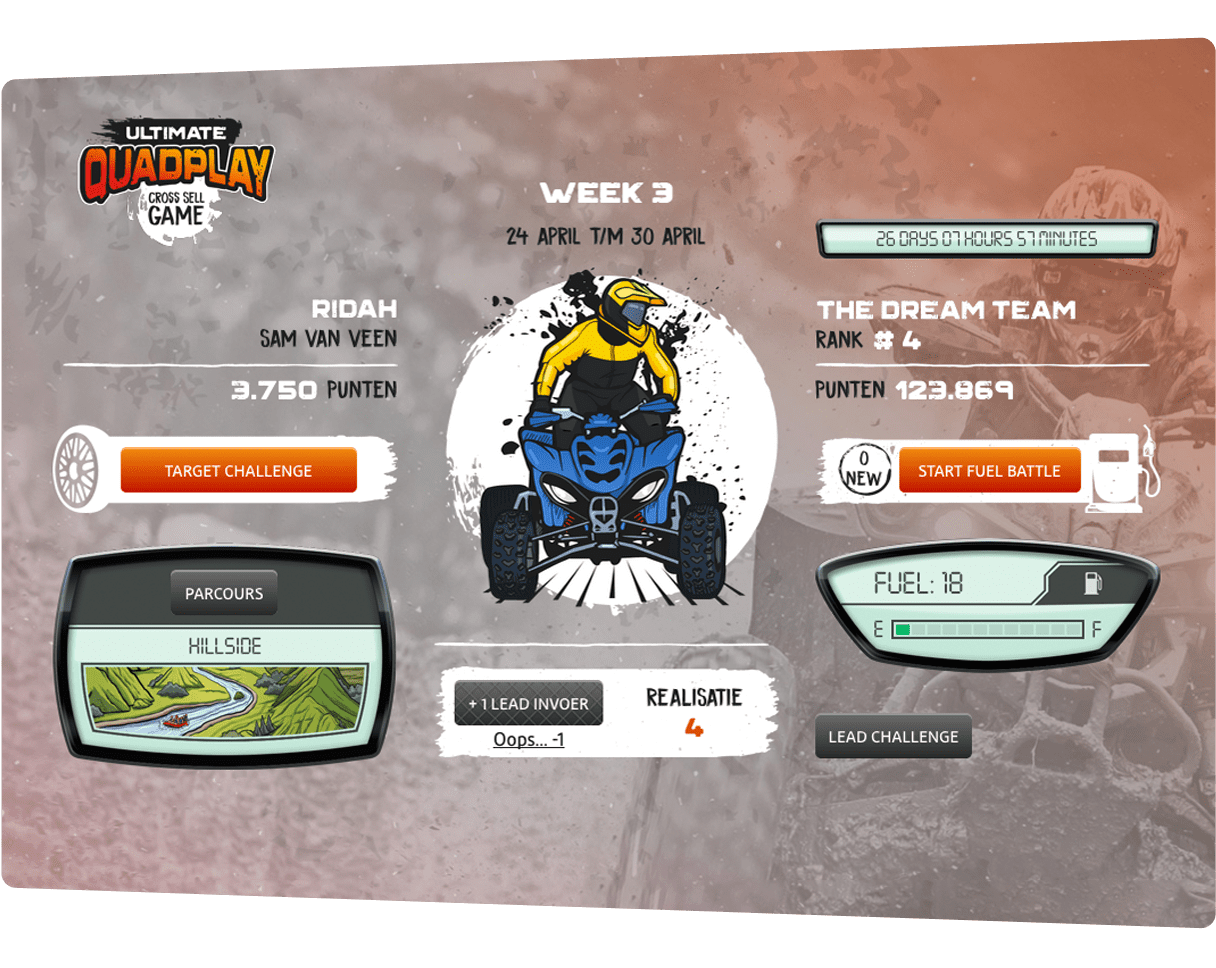 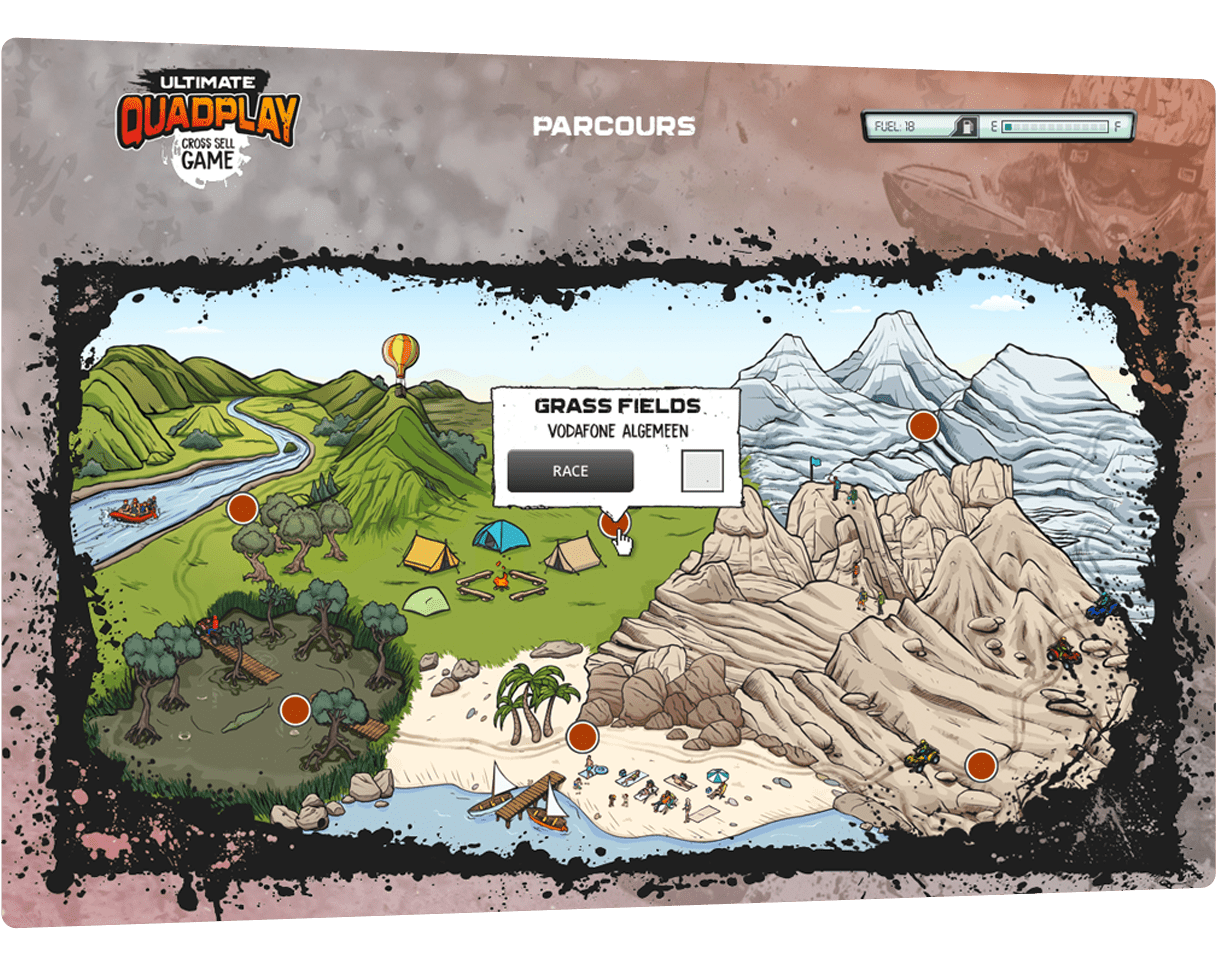 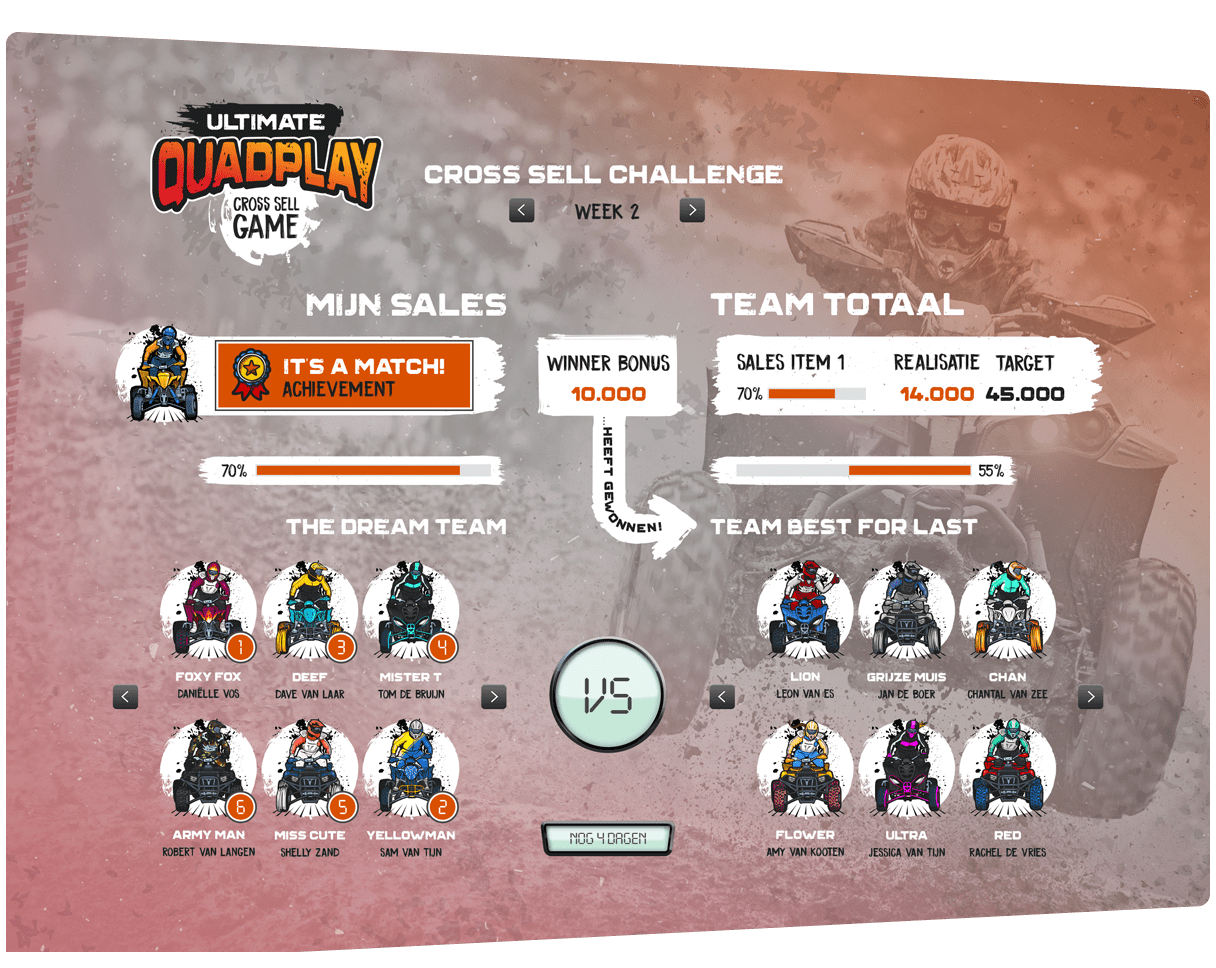 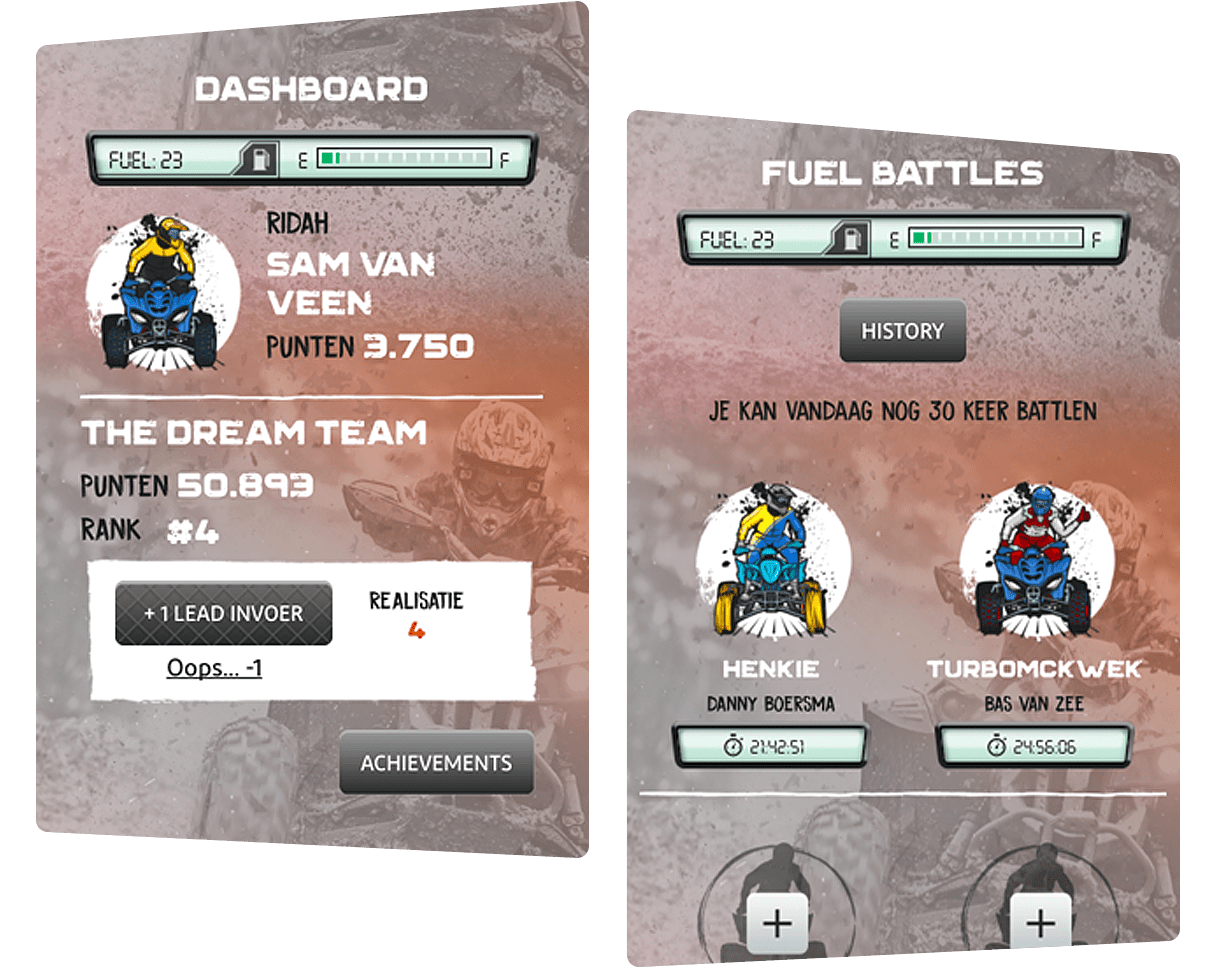 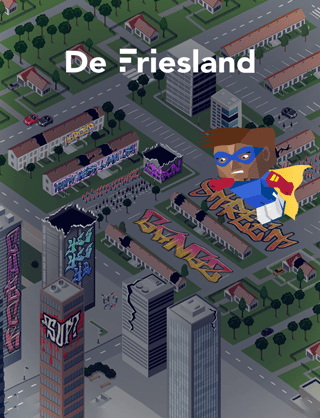 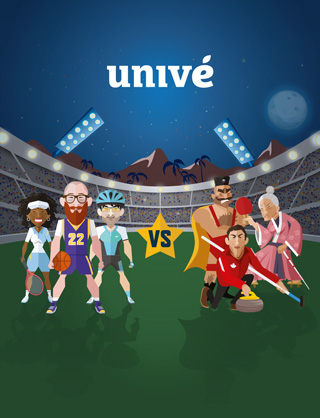 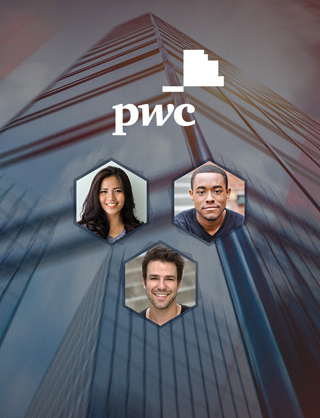